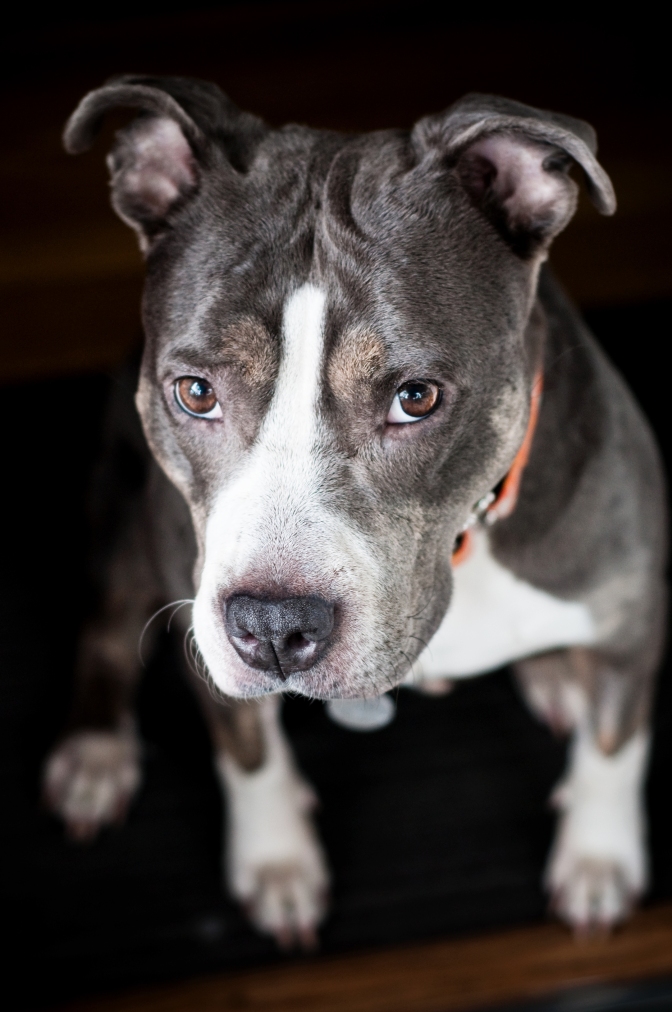 We met and fell in love with Little Zee while she was living at the Montgomery County Humane Society, where she had lived for about a month. Meeting her nearly broke our hearts — she was an older pit bull with a neurological condition and goopy eyes. Dogs like that don’t fare well in shelters. We knew Zee was going to need a small miracle to make it out alive, as well as our help.

When we couldn’t stop thinking about her, we pulled her and launched a fundraiser and raffle that would change her path of her life forever. Zee captured the hearts of hundreds as she revealed herself to be a true diamond in the rough. She showed us how she loves car rides, tractors, and shopping, too. We also loved burying our faces and hands in her thick, velvety fur, which was especially satisfying because she loves to cuddle. She was so effective at turning us to putty that within a few weeks, she was regularly napping with us on the forbidden sofa, clever girl.

But it was not just us; many people were able to see past her disability — that made her a little wobbly on walks and on stairs — and were captivated by her stunning beauty and fetching personality. Through Zee we cast some serious doubts on what Petfinder calls “less adoptable.” In just a few short weeks, we had adopters lining up at our door. She met her perfect match after being with us for just five weeks — less time than even our most adoptable dogs before — and went home.

Congratulations Little Zee, you deserve all of the world’s comforts and pleasures, and we think you’ve won them with your perfect forever-family. We’ll miss you!

To read Little Zee’s story in its entirety, start here, and use the navigation buttons at the top of each post to move foward.