TANK came to us through Lucky Dog Animal Rescue. He had been picked up as a stray in rural South Carolina, and taken in to a shelter where few dogs make it out alive. There was something about him, though, that made shelter workers think twice. He was so impressive, in fact, that he became the first pit bull to ever be released from that shelter to a rescue group!

Once with us, we learned that TANK is just your typical giant red pit bull with cropped ears . . . goofy, oafish, and full of drool and love.

And in the blink of an eye, while we were away for the weekend, he was adopted! 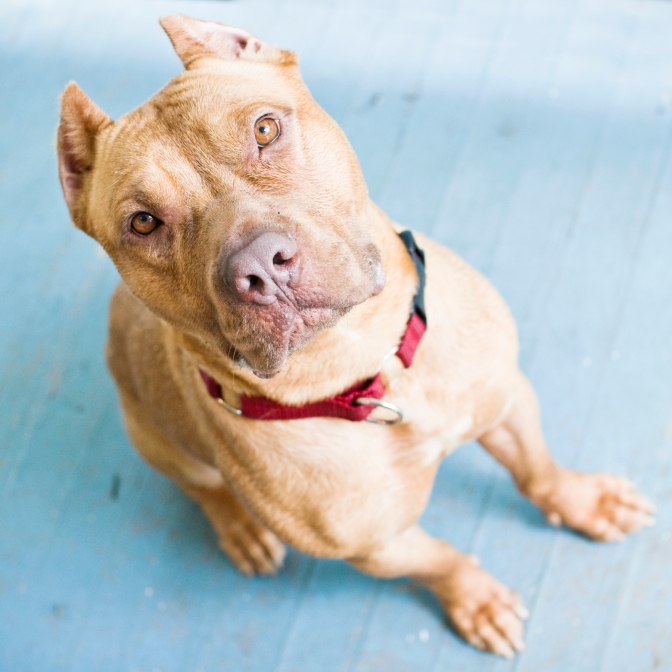