There is a clear and comical relationship developing between dear foster Stevie Wonder and our own Sir Chick, in which Stevie oscillates between being the annoying and hyper little sister that can’t stop bugging her big brother to play, and the pathetic lovestruck girl pining away after her heartthrob crush, shamelessly throwing herself at him hoping for the slightest bit of affection. This is perhaps easiest to see in photos. Here is a typical sequence that repeats itself a hundred times a day at Casa Fosterfamily.

Everybody is happy, hanging out in the living room while fostermom works:

Chick decides to take a nice, peaceful, drool-filled nap while Stevie stares at him, unblinkingly, with an intense affection bordering on obsession:

Chick is roused from his restful slumber by Stevie’s intense stare: 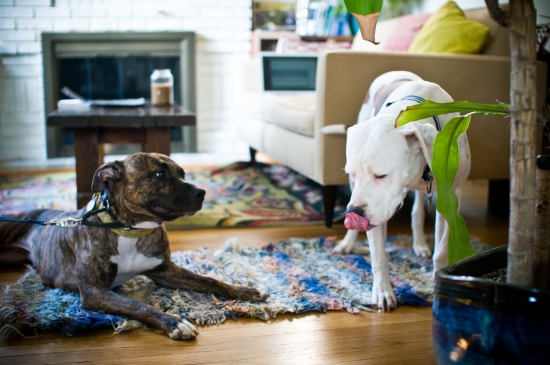 In that weak moment of just-wokenness, Chick succumbs to Stevie’s pleas and stumbles over to her to offer his nose for a quick lick by her eager tongue:

It’s all too much for her. She performs the “I love you” flip: 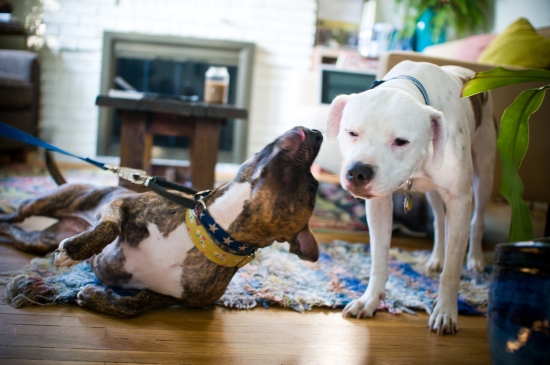 Watch out Chick, here comes the death claw of affection: 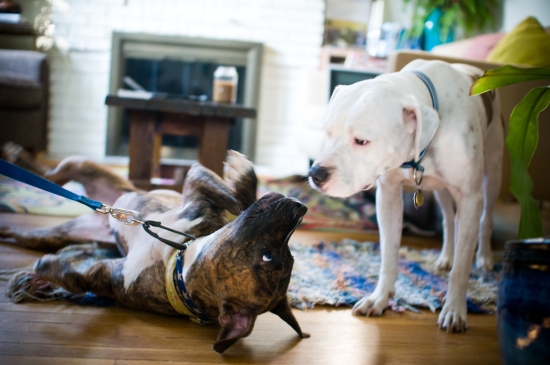 A couple of love-punches later, Chick’s headed for the door: 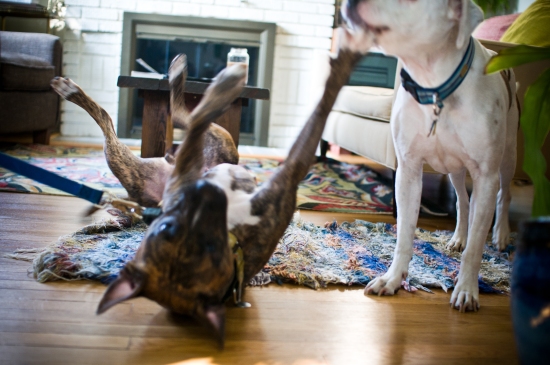 And poor Stevie-girl is left alone in her Stevie-chair to contemplate:

For more info on adopting Stevie Wonder, click here or contact us at DCpetographer [at] gmail [dot] com.