April 11, 2012 By Aleksandra in Uncategorized 16 Comments

We’ve been waiting for months for a superlative that suits Dude (Chick’s is the World’s Cuddliest Heartthrob), and a couple weekends ago at Canine Camp we came upon it: World’s Slowest Agilidog!

It’s not that Doodlebug didn’t get the hang of the equipment when we introduced him to it, it’s just that he thought it would be much more pleasant to be an agili-dog in the 90 degree sun if he took his sweet-ass time. And so he took to the tunnels, catwalks, and jumps in the true style of The Dude: takin’ er easy.

Here’s evidence. See exhibit “A” below, of Dude bravely conquering the walk: 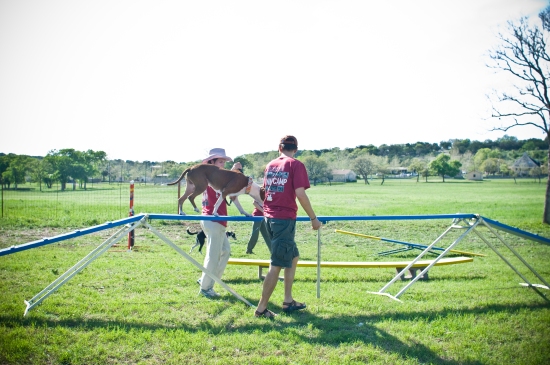 Now see Dude, 15 minutes later, still on the same walk. No, he hadn’t stopped for a nap or to enjoy a good sniff of the fresh Kerrville air, he’s just this slow:

He took this same speediness to the tunnel. Here is a photo of him finally getting to the other end of the tunnel, which he had been bravely trekking through for days. Notice how skinny and hungry both he and B look:

In the end, Doodlebug decided that perhaps agili-dog work was not for him, and he was better off as a spectator: 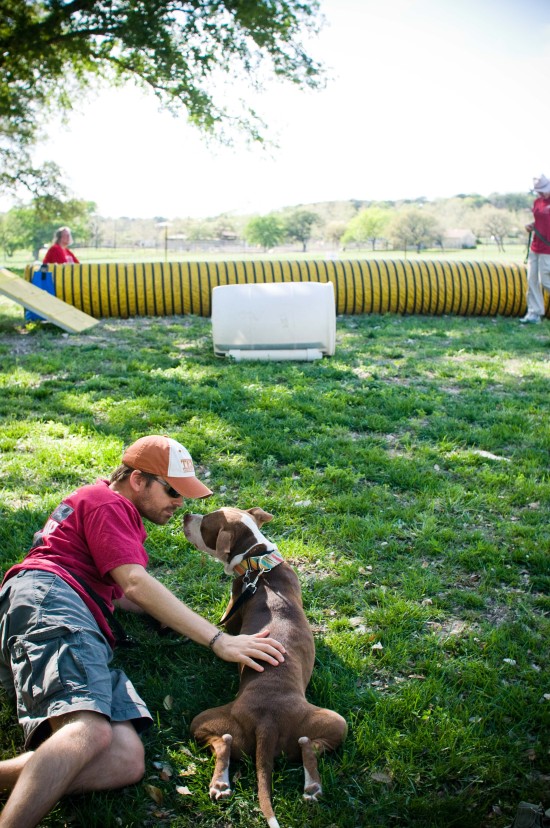 Plus, he had to save his energy for his true calling, lure coursing!