I’ve been having a thought lately, brought about in large part by the behavioral work I’ve been observing at the Canine Center in Austin, and it goes a little like this:

If I bully Fido, Fido will bully others.

Popular religious thought seems to agree with this concept (“Do unto others . . .”), as do popular parenting theory and our criminal law framework. So why are so many of us still bullying our dogs?

A friend recently shared with me an article about a 2009 study published in the Journal of Applied Animal Behavior Science concerning the outcomes associated with confrontational and non-confrontational behavior modification techniques in dog training. The study surveyed 140 dog owners seeking the help of a veterinary behaviorist, asking what methods they had attempted to improve the problem behavior in the past and what the result of these methods had been.  In summary, the study found that the more confrontational tactics — jerking the collar, yelling “NO!” at a dog, performing an “alpha roll,” and squirting the dog in the face with a squirt bottle — were more likely to trigger aggression than non-confrontational tactics.

Here are a few interesting data points. Of the owners surveyed who used the following tactics to “correct” undesirable behaviors, the following percentages saw aggressive responses from their dogs:

It seems that the big myth floating around that continues to support bully behavior toward dogs is that behavioral problems are the result of a dominance imbalance between owner and dog, and only by properly dominating a dog can an owner regain the dog’s respect, and consequently, good behavior.

This is simply untrue.

Science has proven that the overwhelming majority of aggression in dogs stems from fear and related anxiety problems. When we treat fear by creating more fear, we aren’t solving anything at all. Only by addressing the underlying fear and teaching a dog to change its mind can we change the undesirable behavior in a reliable way. Fear-based training — intimidating a dog into suppressing a fear response — may change the outward response in the moment, but doesn’t address the root issue itself. Makes sense, right?

But there’s more: research has also shown that dogs that are trained using only positive reinforcement are less likely to develop future behavior problems, while those that are trained using punishment are more likely to develop fear-related responses to other things in the future. So by using intimidation tactics to treat behavioral challenges, we might not only be eliciting aggressive responses, but also setting ourselves up for future failure, too. Quite the icing on the cake.

When we choose to employ a training program in which we jab our dogs in the neck, reach for the spray bottle, or jerk them by the collar, we are building a relationship of intimidation with our dog. We are telling it: “Do what I want, or else.” But if the dog improves its behavior, we have to wonder — have we fixed the underlying issue, or have we created a scenario in which our dog is simply too afraid of what we as owners are going to do in order to act upon its instincts? I’m not sure about you, but this isn’t the kind of relationship I want to have with my dogs.

In contrast, when we use rewards-based training to lessen undesirable behaviors, we are saying to the dog “Here’s what I’d like you to do instead, and I will reward you handsomely.” It has a nicer ring to it. And when we combine the rewards approach with relationship-based training — in which our dog learns that we are fun, gentle, trustworthy, and will keep them safe in all situations — we can start to see real progress, real fast. 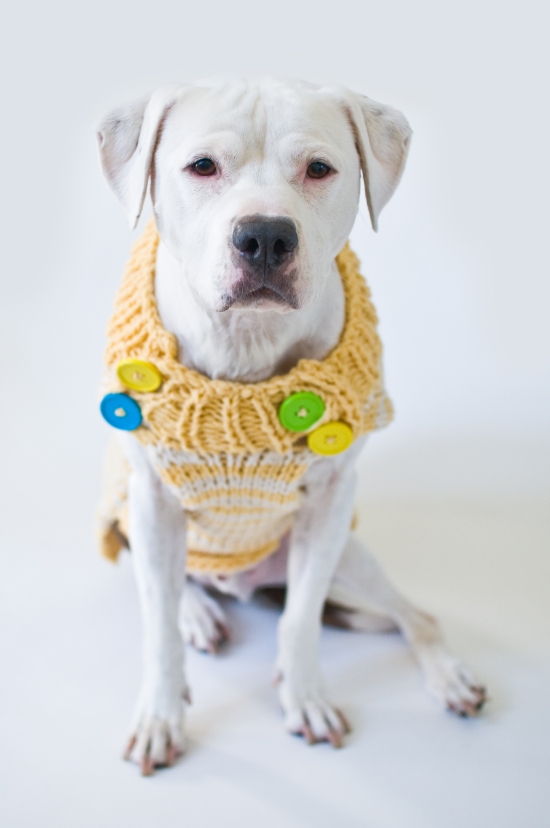 When Chick was much younger, he had some scary run-ins with off-leash dogs, and for years afterward, he lived in constant fear of being attacked. In Chick’s case, the fear manifested itself as stiffening, staring, growling, lunging, barking, and jumping on leash when other dogs were around. Confident of our ability to “fix” Chick’s behavior, we yelled and barked right along with him, jerked him by the collar with all our might, and searched pet stores for more imposing leash-walking tools to really show him who’s boss. We didn’t realize it at the time, but we were essentially telling him: “You’re scared of that? Well you’d better be even more scared of us!” Our intimidation tactics did occasionally stop his tantrums in the moment, but the whole while, we were shocked that he didn’t automatically learn how to relax.

Eventually, Chick became so dog-aggressive that we gave up our methods and went to see a real trainer. We threw away our pinch collar that day, and never looked back. Rather than hollering and physically hurting our dog, we learned to earn his focus in all situations, and how to help him relax in moments of uncertainty. It took hours and hours of practice and months — maybe years — to undo all of the fear we had created. And still there are times — if an off-leash dog comes flying right up to his face — that Chick can lose his cool. But with hard work and positive, relationship-based training, we’ve helped Chick become a dog who can go anywhere, and helped ourselves become the people he can trust, no matter what.