September 20, 2012 By Aleksandra in Uncategorized 64 Comments

As it turns out, both of our boys have “official names,” which we never use, in addition to “stage names,” by which the public knows them. Along with these, there are a handful of nicknames for each dog, on top of their original shelter names that they left behind when they came home.

Does that make us weirdos?

When we brought home Mr Chick from the Austin shelter in 2004, his name was “Ralphie.” It didn’t suit him. We brainstormed and brainstormed, and eventually settled on a new name: Tyson.

It seemed to suit him at first. He was a young guy, athletic, confident, and charming. Kind of a jock. A “Tyson.”

Only later did he reveal himself to actually be a big, snuggly, sensitive baby — a chicken — and slowly (we don’t even remember how), his “true” name, Chick, emerged.

Until now, relatively few people in Chick’s life have known all of his different names. His grandparents still calls him “Ty” from time to time, as do some of his oldest friends. But to the rest of the world — and to us — he is Chick (or Cheeko or Chickster).

When Doodlebug came into our life, he was a timid, cowering, whimpery, sweet little mess of a dog named “Red.” 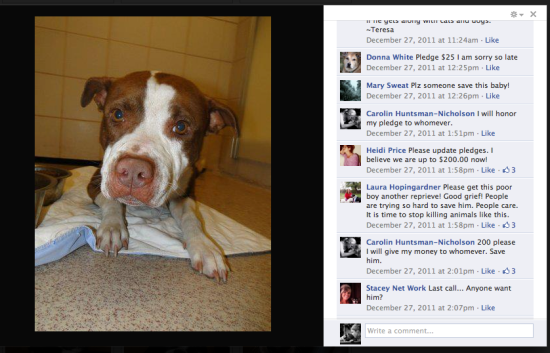 “Red” suited him because of his beautiful red furs, but didn’t really capture his darling, sugary personality. We dubbed him “Snickerdoodle” to match both his rich cinnamon color and his sweetness.

Pretty soon though, Snickerdoodle started to show his real self. He is sweet as anything, yes, but he is also a goofy, mellow dude. “Snickerdoodle” became “Doodlebug,” and “Doodlebug” morphed into “Dude,” and sometimes “The Bug.”

Although we know it’s silly for our dogs to have so many different names, we also love how their name chronology lines up with the development of their true selves.

Who else has found themselves with slowly morphing dog names?