February 24, 2012 By Aleksandra in Uncategorized 64 Comments

Mama says some of you are feeling happy/sad about my decision to keep the Dude for myself. But I’m here to tell you: that’s just plain silly! Not the happy part — that part is spot on.  But the sad part? You need to turn that frown upside down!

Instead of being sad that we’re saying sayonara to constant fostering, let’s celebrate all of the foster dogs who have shared my home! I will lead you in a rundown. Once we’re through, you’ll see how very hard I had to work all this time and how very much I deserve a break from fostering. Just look how tired I am.

First, we had Lollie Wonderdog. Obviously, she was obsessed with me. She was also a pushy broad, which is NOT my favorite kind of broad. Still, I was a very good boy and tolerated her quite well. I also had to teach her about potty training, wearing red hoodies, and not escaping from the back yard. I did great on all of those except the last one. Her new family even changed her name from Lollie to Lily hoping that an identity switch would make her not climb fences anymore, but no — when they built an 8-foot fence, she climbed right over it! You can see why I had such a face of worry whenever I posed with Lollie Fartypants. I was concerned about her extreme athletic abilities! 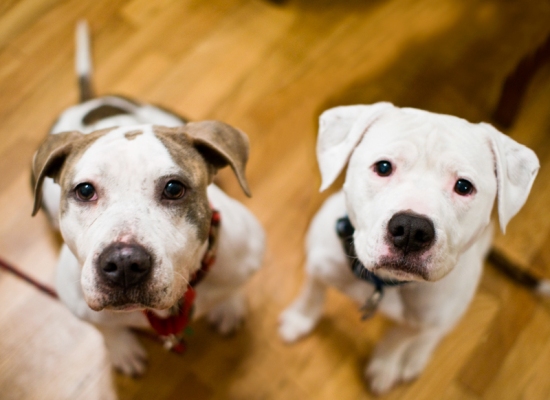 Then was an energetic youngster named Gonzo Bunny-Ears. He was a whole lot of dog wrapped up into a tiny, 35-pound body. My dad called him “a cinder block covered in fur.” He was obsessed with me too. When mama got him from the rescue he was pretty mucha ready-to-go house pet, but I did teach him a thing or two. First, I taught him about not sitting in forbidden chairs. Then, I taught him how to eat his veggies. Then, I taught him how to properly share a dog bed with a larger dog. I am a smart Chick for teaching him that last one, because he went and adopted himself a 95 pound Presa Canario sister. Smart, smart, smart.

Ok. After that, we had two quickies, TANK and Baby Blue. They weren’t even here long enough for me to get to properly know them, so I didn’t get to teach them much. But I did love that TANK guy’s cool ears, and what a big gentle giant he seemed to be. 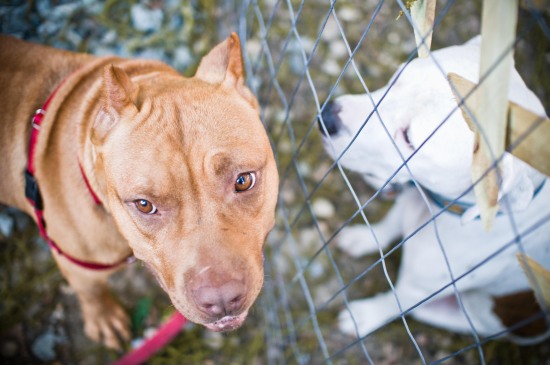 Then we got Stevie-the-spaz Wonder. And yes, you guessed it. She was obsessed with me too. She was a crazy oversized puppy, but I kinda did like her. Mostly it was her tiger-stripes that got me. I have tiger-stripes on my beautiful brown brindle patched furs, but Stevie had brindles all over her body, and I really respect that in a dog! My first task with the tiger-lady was to help her learn to relax and not be so scared of everything. And as if that wasn’t enough work, my next task was to teach her to relax and not be so spazzy! I did both of these feats by occasionally allowing her to snuggle on me, which did seem to chill her out. But I guess I did too good of a job helping her get out of that shell she was in, because once she climbed out of that shell, she couldn’t stop partying! Luckily her little human brother Henry loves to party too and her mama loves to throw the tennis ball, which is not-quite-but-almost-as-good-as snuggling on me for chilling her out.

Ok. After Stevie-girl, we had somebody called Little Zee. Would you believe mama never did let me meet her? She was an elderbull like me, and from the stories I’ve heard and the photos I’ve seen, boy oh boy is she a hot little granny. Mama said something about her brain working funny because of something probably happening to her when she was a young lass. Mama said it made her walk funny and it made her be really scared of other dogs — even handsome devils like myself! So the whole time she was living at my house, we were never together. I pined and pined after her, and I was so inspired by her beauty that I even let her wear my special necklace charm — the one that says “Chick” on it. And you can just imagine how tough it was for me to be separated from such a pretty old gal in my own home. Luckily mama didn’t let me get too lonely, and did give me plenty of puzzles and busy-toys to keep me happy. 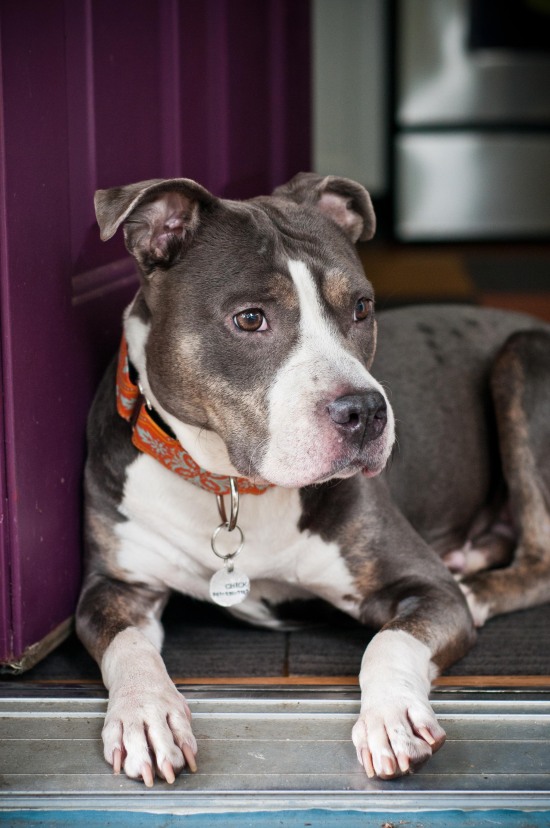 Well Zee walked out the door one day, and the next day in walked Curious Georgia, maybe my favorite foster of them all except of course for my former foster and future forever brother, Doodlebug. Curious G wasn’t as hard for me to train as the other dogs. You see, she is a lady of mature age as well, so she enjoys the more refined things in life just like I do — laying in the sunspots, appreciating good arts, licking peanut butters off a spoon, and cuddling up together on the Stevie-chair.

So then Mama gave me the big news — that we’re moving back to Texas! I started digging out my cowdog boots and pearl snap shirts, and secretly rejoicing: no more fosters! Surely mama can’t make me foster any dogs while we’re moving . . . right?

Boy was I wrong.

Dora the Explorer showed up just about a week after we got to our new house. I had barely had a chance to sniff every inch of the back yard and give the free-range chickens next door a good barking before she walked in. And remember how I said that Lollie Wonderdog was a real pushy broad? Well that was NOTHING compared to Dora the Explorer, who was just stone cold nuts about me! And she not only stole one of my red hoodies without permission, but jeez, she was always staring at me in the house — like she couldn’t get enough of my rugged good looks! Well after a couple of weeks of that, I told mama: that’s enough! I am only putting up with this Dora-bull if you promise no more fosters! Or at least, no more girl fosters. Mama said OK. So I put on my big brother face and bravely withstood her starings for quite a number of weeks. I taught her enough cutenesses to get herself adopted, and I sent her off on New Year’s Day. 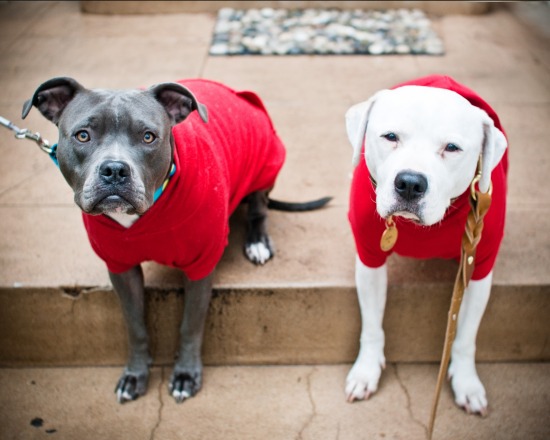 Well I had just gotten myself a tall pour of bourbon and taken a deep breath after she left, when there was another knock at the door. I gave my mama the stink-eye when I learned that it was another foster dog! But then he walked in, and it wasn’t just another foster, it was my Dude.

And you all know how that story goes. 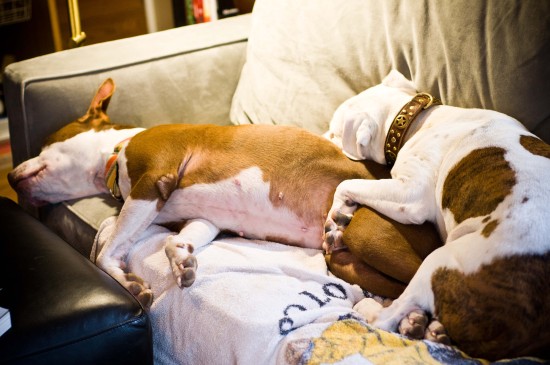 Looking for your own love story? Check out Love-A-Bull’s lovely adoptable dogs here!

Leave a Reply to In Black & White Cancel reply