March 12, 2012 By Aleksandra in Uncategorized 45 Comments

We lost a good friend this weekend. 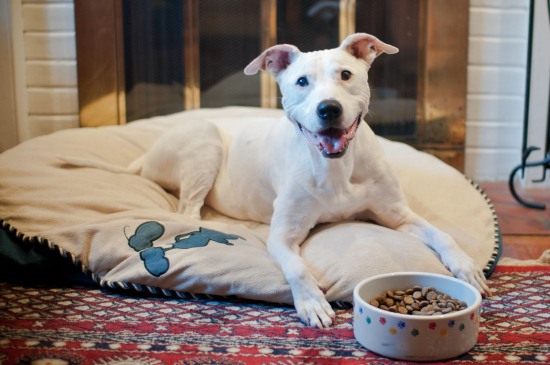 We came to know Sierra a few years ago when we moved into her neighborhood, and Amanda and I bonded over our mutual love for pit bull type dogs, and our own beautiful white beasts — her Sierra and my Chick. Back then, Sierra was an energetic, beautiful elderbull on three legs. She could go for walks and play with her human brothers, always sharing a big Sierra smile and a friendly wag with anybody who would look in her direction. The neighborhood kids all knew her and loved her. With her mama Amanda, she taught more than a handful of children how to properly greet and love a dog — and how to not judge a dog by it’s appearance.

But over the past year, Sierra’s physical health and mental lucidity had been in a slow decline. First, she stopped being able to get up and down the stairs on her own three legs. Then, she started slipping and falling on the wood floors in the house. Later, she stopped being able to get back up on her own. Then she became unable to go for walks, because she would grow tired just a half block down the street. And recently, she started to seem confused more frequently, and eventually it seemed that she just stopped enjoying everyday life. 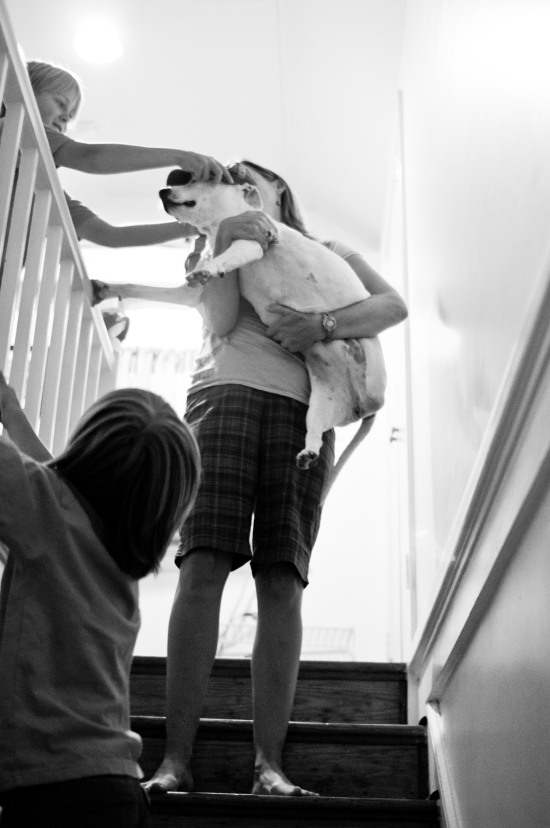 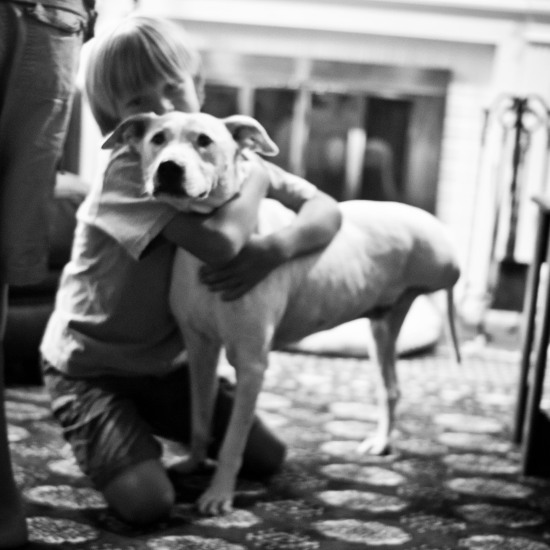 For Amanda and Jon, this was the first clear sign that Sierra was ready to move on. At fourteen years old, her health was not going to get any better, and her frequent falls, spells of confusion, and rapidly declining energy and positive spirit — what made Sierra so Sierra — were a reminder to them to ask: are we holding on for ourselves, or for her?  Amanda and Jon quietly realized that even though they will never be ready, Sierra was ready to leave this world. She was tired of struggling, and they were tired of asking her to struggle.

It’s hard to deny that end-of-life care is one of the hardest parts of pet ownership. The financial costs of treating ailing pets can be significant, but the emotional costs are probably even greater. Watching the physical and mental decline of an animal who seemed so recently in her prime is hard on a family to be sure. And in many cases, it’s later up to the family to make the ultimate call on when it’s time to say goodbye.

Unfortunately, the decision is not clear cut, but rather deeply personal — almost spiritual.  For Amanda, it went like this: “I read a suggestion to sit in meditation with your dog and just ask, heart to heart. I thought that was so sweet. And when I did quiet myself and listened to her, I knew she’s ready…”

So last week, they bravely made an appointment with their vet for Saturday morning, and went — as a family — to see her off.

Sierra started her life as a homeless, frightened, deaf pit bull puppy. But in the loving arms of Amanda and Jon, she blossomed into a dynamic, confident, gentle ambassadog. Fourteen years later, she left this world in those same loving arms. A dog could hardly ask for anything more.It rained all weekend in Austin, but at one point on Saturday morning I glanced out the window, and through the stormclouds I glimpsed a little slice of blue sky and sunshine . . . Sierra?

More about Sierra’s life and impact are available via StubbyDog, here.