May 4, 2012 By Aleksandra in Uncategorized 47 Comments

For the last 17.6 years, there was a definite ruler of our Texas family universe. Some of the humans pretended to be in charge now and then, and sometimes I even pretended. But deep down, we all knew who the real boss was. Disney. 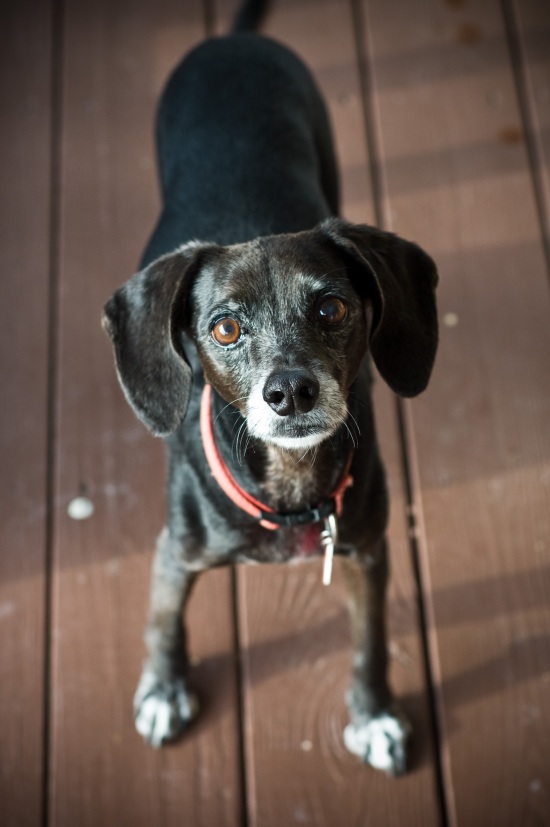 She was about eight ounces of pure intimidation, and boy did she boss us around. Especially me.

We first met a few months after mama busted me from the slammer, must’ve been about the spring of 2005. I was a spring chicken, and she was about a hundred years old already. You woulda thought a young buck like myself would take charge of a little old lady (mama says she was not a hundred, but only eleven then), but no sirree, she showed me straight away who was in charge. Disney.

Over the years, she played many, many tricks on me. She talked me into going to the kitty litter for a tasty morsel — promising me that nobody would see — and then ran and told my mama so I would be caught with my face right in the kitty toilet igloo! Another time she talked my mama into letting me go off leash in her unfenced yard in Galvestion, promising she would take care of me, and then she pulled out her cell phone and secretly called the rabbits to come out and taunt me so I would go racing around and get in trouble. She sure was a trickster!

But sometimes I tricked her too. For example, one time after I took a nap on the couch, I told Disney about the perfect cozy spot I had found, and told her to go try it out. Well she did, not realizing that I had hidden her kitty brother under the blanket, so she was caught cuddling a cat!

The last time I saw Disney was Thanksgiving weekend. We enjoyed some snacks from the Turkeyman together, and at one quiet moment, she pulled me aside and told me: An era is ending, Nephew. I’m going to be passing the torch along to you soon.

I didn’t really understand what she was talking about, but when I looked at her later that day, I noticed that she was looking kind of tired. I mean, she’s been an old lady ever since I was born, but it was different now. Like maybe she was tired of being the boss. Like she’d had the best life a dog can imagine in her 17.5 years, and she was ready to pass along the Family Elder torch to somebody else.  Me. 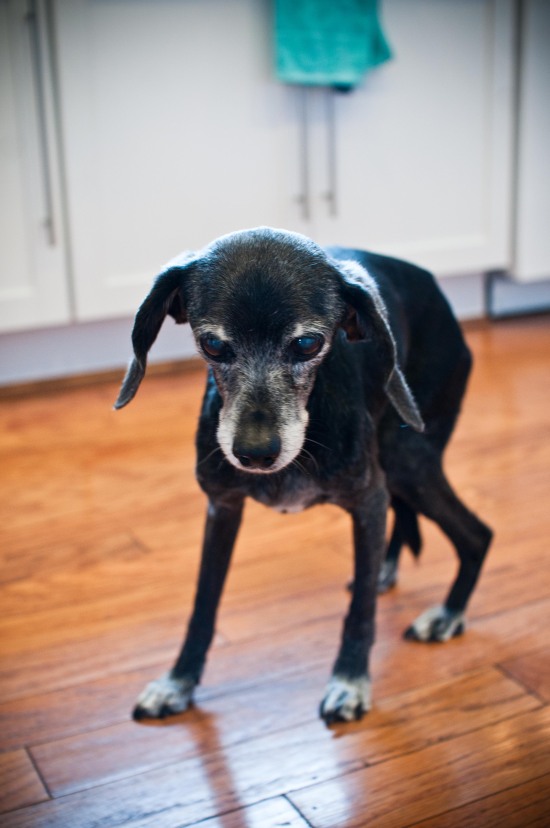 And then this past weekend when we went back to Galveston to visit my grandparents and my Disney, I could tell that something was different. Disney didn’t want to come out and party with me and meet my new brother. She didn’t want to eat turkey with me or lounge in the sunshine. She was ready. And so on that quiet Saturday afternoon, Disney’s doctor came over while the Duder and I were napping upstairs, and he helped her let go of the torch.

The family will never quite be the same without that old gal’s spirit, but I’m going to do my best to bravely wear the Family Elder shoes in honor of my favorite aunt Disney. I just wish there had been time for her to teach my brother Doodlebug how to play her spectacular game of fetch.