July 6, 2012 By Aleksandra in Uncategorized 37 Comments

So, mama came home yesterday afternoon from the store that smells like food, and she said “Doodlebug, I got you some sweet potatoes!” 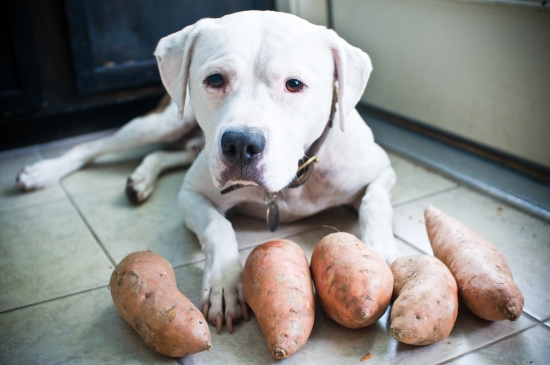 And of course I knew that when mama said that, she meant she was gonna put them in the cabinet and cut some of them into chunks and put them in the big bowl with some water and put it on top of the fire-maker in the kitchen. Then after the kitchen was nice and humid and smelling of sweet potato yumminess, they would be ready and mama would put a little slice into a bowl of ice for each of us and let us have a nice snack. And the rest she would save for Doodlebug’s breakfasts and dinners.

But I guess Doodlebug doesn’t know that’s the way it works. 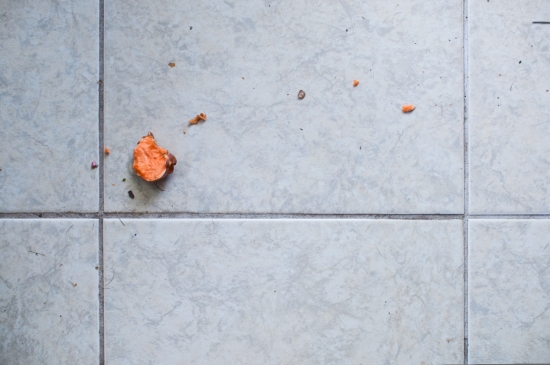 Here’s what went down.

Mama set the bag of sweet potatoes on the floor in the kitchen and took to her forever-task of moving things around on the counters and putting her hands in the water. Doodlebug walked over to say “Hi mama!”

Then he sniffed the air, and thought to himself: “Whoa. Sweet potatoes. My favorite.” 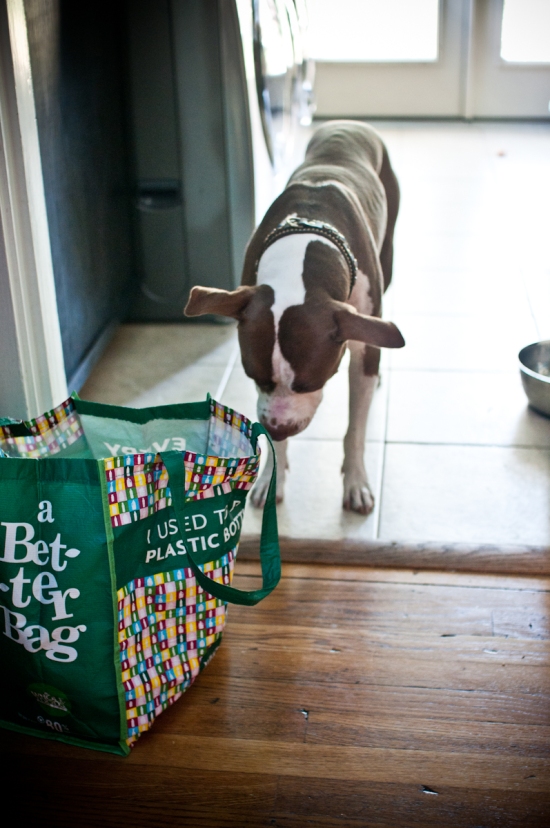 And then when mama didn’t pay him any attention, he thought to himself: “Don’t mind if I do!” 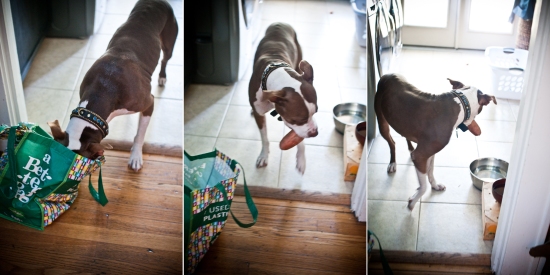 Silly Dude. The craziest part was that instead of yelling, hollering, and screaming, mama was just laughing and going snap snap with her camera, like it was funny, instead of a Very Serious Crime. Mama, what gives?

So Doodlebug ran over to his favorite snacking spot and had himself a big ol’ party with his booty. 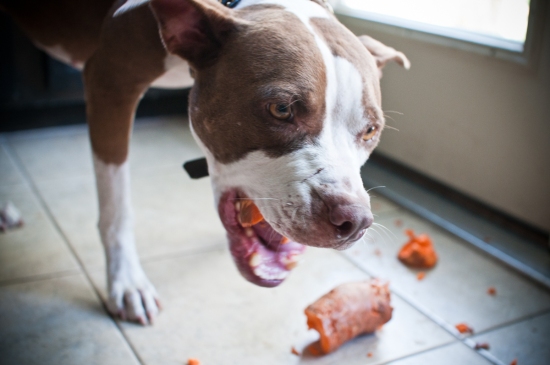 Then mama finally told him that stealing sweet potatoes was not polite, and he looked at her like: “Who, me?“

And then she made him clean it all up while I sat nearby and snickered under my breath. The poor, silly Doodlebug just hasn’t learned a thing about sneakiness from me yet!