January 4, 2013 By Aleksandra in Uncategorized 49 Comments

Just look at this dog: 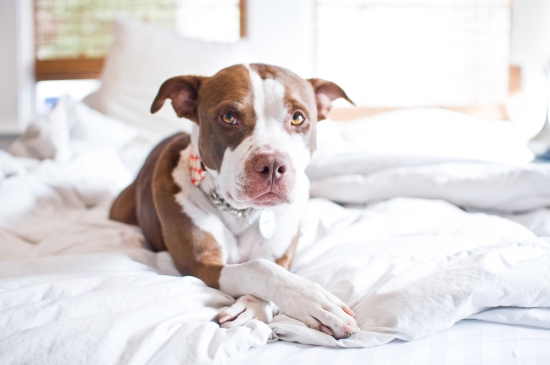 And also look at this one:

Was there ever really any doubt that we were never gonna let him go?

My brother the ‘Bug came home a year ago this week — on January 2nd. We spent about two months pretending we were just fostering him, but when we talked about it the other night, we pinned the timing as about 10 days before we all kind of knew but wouldn’t admit that he was with us for good.

And can you blame us?

My brother the ‘Bug has been through a lot in his first year with us. Just after the stress of being uprooted from his home at the Arlington, TX animal shelter, Doodlebug was hit with a superscary incident: the morning we awoke to him coughing up big puddles of blood. We knew he had those nasty worms in his heart, but we just had no idea how badly they were trying to kill him until that day. So he started his treatments. A couple of days after his first shot for the worms, I took advantage of his weakened state and got him in trouble with my  trashcan-diving escapades. I couldn’t resist– it’s what big brothers do, right? 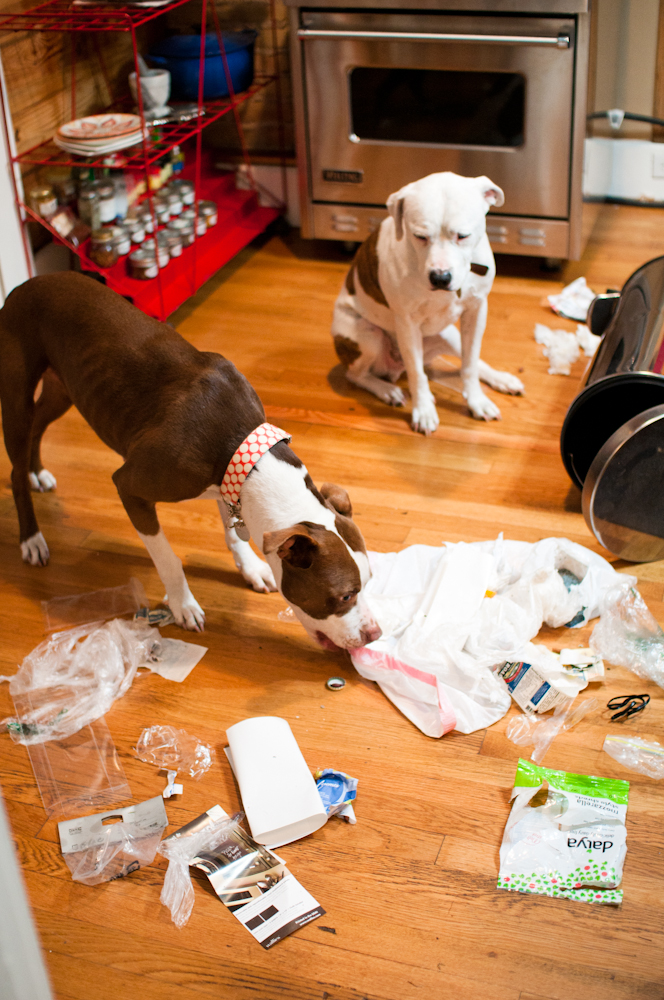 Well I guess my escapades were just what the ‘Bug needed to lift his spirits, because just a couple of weeks later, he was feeling awesome, and totally confident that he was going to whoop those nasty worms right in the butt!

Not long after, Doodlebug started school — first Basics class (where he learned how to be basically obedient), then Canine Good Citizen class, where he had to learn how to be masterfully obedient.

You might think that learning to be masterfully obedient is hard, and yes, you would be right. It absolutely is. Especially when you are faced with all of the other setbacks that my poor ‘Bug has had to deal with this year! First there were the worms in his heart, then there were some worms in his ring. As if that wasn’t bad enough, he had to be dipped in some rotten-egg-smelling yellow water every week for what seemed like a very long time, to help him with the worms in his ring. And on top of that, he had some kind of bacteriums in his poopie hole. Yuck!

That’s enough, right? How much can one poor dog deal with? Well, there’s more. Throw in some of the worst allergies our dogtor has ever seen (that made him have to wear a t-shirt all springtime and go almost totally bald) and a terrible, frightful, no-good, very bad Grand Mal seizure that led him to be diagnosed with hypothyroid disorder, and you’re getting close to understanding all my poor ‘Bug has been through.

But of course, we’ve had our fun too. Doodlebug got to go with me and mama and dad to Canine Camp in the spring, where he learned lots of agility, got to run a lure course, and went kayaking for the first time.

And speaking of agility, the ‘Bug has become quite the agili-dog. He and I went through a class, and although I thought it was ok, the ‘Bug totally loved it!

And then there are the trips out of town — to backpacking places and to the Turkeyman’s house. Yeah, I’d say my brother’s first year has been a pretty good one. And the icing on the cake, of course, is his CGC — which he earned fair and square last month. I have to admit, I’m proud of the kiddo!

So now that he has been with us a full year, mama and I have put our heads together and come up with the perfect Gotcha-Day present for him: his very own blog feature! I have my own Chix-A-Lot Friday, and that won’t ever change. But now my brother will have his very own thing, too!

Stay tuned next week and he’ll tell you all about it.